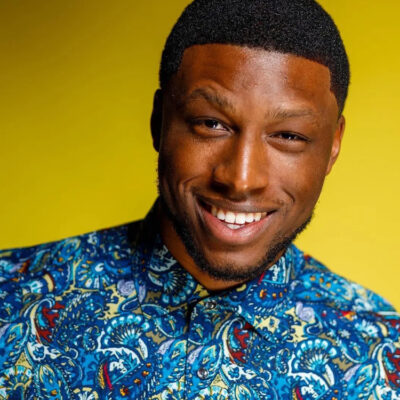 Emorja Roberson is a pianist, conductor, workshop coordinator, composer, arranger and vocalist in world of classical and gospel. In 2016, he debuted “Let’s Just Praise the Lord” with the South Bend Symphony Orchestra, which came from his project, Rejuvenate Me (2015).

Roberson graduated from the University of North Florida with a Bachelor of Music degree in Vocal Performance, where he studied with Krzysztof Biernacki. As a young artist, he held lead roles in Die Zauberflöte (The Magic Flute), The Consul, The Mikado and La Bohème with the Jacksonville Symphony Orchestra and performed as a soloist in Handel’s Messiah.

In October 2016, he recorded solos on Robert Kry’s, Paradiso: Transformation and Transfiguration and Mass for the Oppressed by Emerson Eads. He has premiered Evelyn Simpson Curenton’s “Sweet Lil Jesus” and was featured as the soloist for J.J. Wright’s O Emmanuel with the Notre Dame Children’s Choir. In March 2016, Roberson was casted as Duke Frederick in Roger Steptoe’s world-premiere opera of the Shakespeare’s play, “As You Like It”, under the direction of John Apeitos. Throughout his experience in the Sacred Music Program, Roberson served under the tutelage of Dr. Stephen Lancaster, and has worked with world-renowned soprano, Deborah Voight, Carla Rae Cook, and